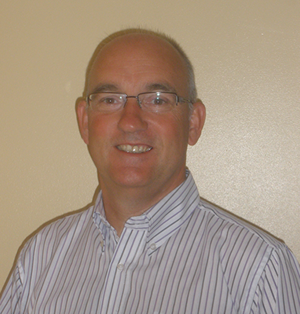 Over a career spanning thirty years within Strathclyde Fire and Rescue service, I served in a wide variety of posts including Head of Risk Management, Area Commander and Director of Strategic Planning.  I served for 11 years at Board level and from June 2007 to May 2011 I was seconded to the Scottish Government as Deputy to the Chief Inspector of Fire Services for Scotland, within the Scottish Fire and Rescue Advisory Unit (SFRAU).

An experienced incident commander I have taken charge of many significant emergency incidents over my career.  In particular, I was responsible for setting up and running Strathclyde Fire and Rescue’s Gold Command for the Stockline disaster and formed part of the Scottish Resilience response to the terrorist attack on Glasgow Airport.  During my time in SFRAU I was a key advisor to the Scottish Government on Fire and Rescue Service issues during the flu pandemic in 2010 and was involved in co-ordinating the Scottish Fire Service’s response to the fuel crisis in 2007.

As Strathclyde’s Director of Strategic Planning I was responsible for the development of the service’s first Integrated Risk Management Plan and was also the architect of its highly successful restructure.  I was responsible for the introduction and development of the Service’s Business Continuity Plan, performance and project management frameworks for the organisation and was influential in the establishment of corporate governance within one of the largest fire and rescue services in Europe.

During my secondment to the Scottish Government I led the Scottish Service’s Operational Assessment of Service Delivery, played a key role in the roll-out of the multi-million pound “Firelink” digital communications system throughout Scotland and was part of the team advising ministers during the consultation and debate on the Fire Framework.  I represented Scottish Government interests on a number of UK bodies including the UK National Safety Practitioners’ Forum, and preparedness for the 2012 London Olympics and the 2014 Glasgow Commonwealth Games.

In 2010 I was given responsibility, as project manager, for the delivery of Strathclyde’s new £40m state of the art Training Centre and was the architect of the Service’s concept of operations for both the 2012 Olympics and 2014 Commonwealth Games.

In March 2012 I set up PQRM Ltd offering Project, Quality and Risk Management advice and support to public and private sector bodies. I assisted KPMG with the development of the performance framework for the Scottish Fire and Rescue Service established in April 2013 and am an associate lecturer Glasgow Caledonian University’s Fire Risk Engineering and Occupational Health and Safety programmes.

In addition to a BSc from Glasgow University I have a first class honours degree in Fire Risk Engineering from Glasgow Caledonian University, an MA in Management from Coventry University Business School. I was awarded the Queens Fire Service Medal for distinguished service in Her Majesty’s Birthday Honours in 2007. I hold certification as a PRINCE2 Practitioner, ISO 9001 lead auditor and am an alumnus of the Windsor Leadership Trust a Graduate of the Institution of Fire Engineers and a Member of the Chartered Management Institute.